Sendbird Calls is based on WebRTC to enable real-time calls between users with P2P connections, but sometimes connectivity issues may occur for users due to network policies that won’t allow WebRTC communications through Firewalls and NATs (Network Address Translators). For this, Sendbird Calls uses two different types of protocols, Session Traversal Utilities for NAT (STUN) and Traversal Using Relays around NAT (TURN). STUN and TURN are protocols that support establishing a connection between users.

Note: See our GitHub page to learn about the requirements and how to use the Calls SDKs behind a firewall.

How STUN and TURN works

Sendbird Calls first try to make a P2P connection directly using the Calls SDK. If a user is behind a NAT/Firewall, Calls will discover the host's public IP address as a location to establish connection using STUN. In most cases, STUN server is only used during the connection setup and once the session has been established, media will flow directly between two users. If the NAT/Firewall still won't allow the two users to connect directly, TURN server will be used to make a connection to relay the media data between two users. Most of the WebRTC traffic is connected with STUN. 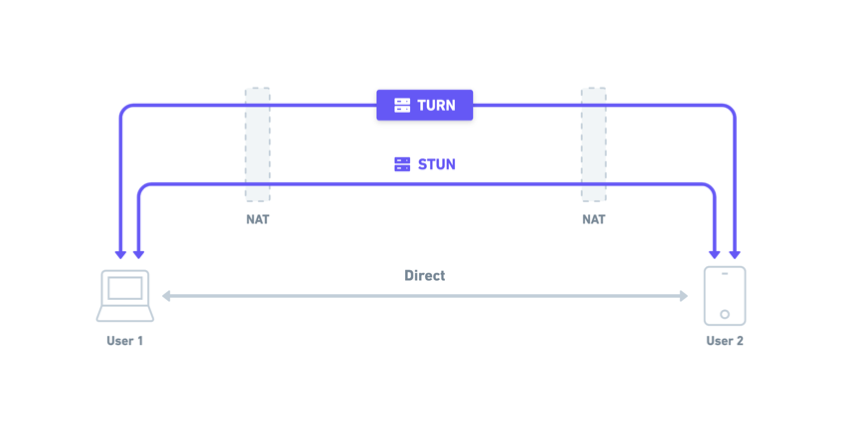